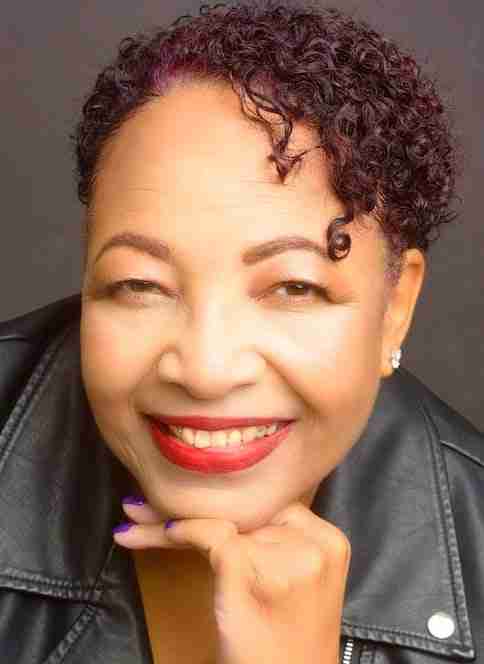 Are you a writer? If so, how do you know? It’s been quite a journey for me to get to this point. Hopefully, this blog provides a medium for discourse and community for other aspiring writers as we walk this path we have chosen, or rather it has chosen us.

As I reflect on my past, I now realize the Universe has been guiding me in this direction since childhood. I still have a folder of creative writing stories I did while in elementary school. Shades of the future woman and the type of stories I would write were already apparent, even at such a young age.

I have always been a fan of horror stories and movies. I stayed up late on many a Friday night with my mother watching Creature Feature movies such as Them!, The Body Snatchers, Frankenstein, King Kong, etc. on the pull-out couch bed in the living room. I absolutely loved Dracula movies, especially the Christopher Lee ones. I can still recite the old Gypsy poem from The Wolfman. “Even a man who is pure at heart and says his prayers at night can become a wolf when the wolfbane blooms, and the Autumn moon is bright.”

My favorites were Hammer Film Productions’ films, Roger Corman’s B-Movies, and Vincent Price horror movies. This is not to say these movies didn’t affect me. Many a night, I would go to sleep with my head under the covers. I believed something would pop out in the dark, from the closet, or from under the bed and get me. I had nightmares and being told “witches were riding my back” didn’t help.

My father owned a small country store across the street and I dreaded fetching him or telling him something. This was the age of dial and push-button phones, and unfortunately, there was no phone in the store. I walked the 20-30 yards to my father’s store, wearing a long white nightgown and barefoot. I saw ghosts and other creatures everywhere between our house along the way. Yet, I continued to watch horror movies and read horror stories with abandon. I devoured Bram Stoker’s Dracula, Mary Shelley’s Frankenstein, and later, Stephen King’s novels. I fully knew my imagination would conjure up vivid images from the words I read on the pages.

Fast forward many years later and I’m a student at UC Berkeley. I distinctly remember it was my last year and I was taking some medical anthropology class. I admit I found the class boring and hated the assignments. We had to imagine a health crisis and incorporate our medical anthropology knowledge into the story for our last assignment. I thought, hmm, I’m not going to write some pretty story; it’s going to be a horror story. I envisioned a world where scientists experimented on the homeless. They injected them with a serum that turned them into monsters. AIDS ran rampant in the 80s. The hapless characters in my story experienced many of the symptoms that AIDS patients’ experienced.

Of course, the monsters escaped the lab and ran amok in the outside world while infecting others. The TA (Teaching Assistant) must have liked the paper, for he/she, gave me a good grade. They noted I should use the paper as the genesis for a screenplay or book. I did nothing with my paper. Yep, you read that right. I did nothing with my paper. I threw it in a box where it has moldered in storage for over thirty years.

Later, I took dressage lessons and I must have mentioned a desire to write a mystery series featuring a Black woman who rode dressage. Still, I did nothing. Finally, an event propelled me to action. My family and I attended a family reunion in the Poconos. I seriously injured myself while communing with nature. I was bedridden for the full seven days we were there. No archery lessons for me. No canoe rides. Nothing! While lying in bed, I started thinking about a story to distract me from the injuries’ unrelenting pain. What if there was a tribe of women warriors who could shapeshift into werepanthers? My characters would be nothing like the ones portrayed in the movie, Black Panther. My women warriors would eat humans when they changed into their pantheress forms. As I lay infirm, racked with pain, the outline of a story gradually began taking place.

When I returned to California, I sat down at the computer and began writing. About four months later, I had completed the first draft. I mentioned this to a cousin who remarked how funny. She dreamed I was a writer at the reunion. She forgot to tell me and only remembered when I mentioned my book Rise of the Ravenisha.

Later, I volunteered at a California Dressage Society show where lo and behold, my former trainer volunteered to scribe. During catching up time I mentioned my story to her and asked if she would read the novel’s dressage scenes. She wasn’t surprised at all. She reminded me when I told her I was contemplating writing a book about a Black female dressage rider. I remember exclaiming “I did?” when she reminded me for I had clearly forgotten those conversations.

This cemented it for me, though. I thought, “Oh my God, this has been my purpose all along.” I frittered away a minimum of 35 years toiling at jobs I absolutely hated. I berated myself for all of the lost opportunities I passed up. Instead of going to graduate school for Anthropology, I should have taken creative writing classes. Sick with regret, I vowed to really give being a writer a chance.